Can You Drive a Rental Car into Mexico? 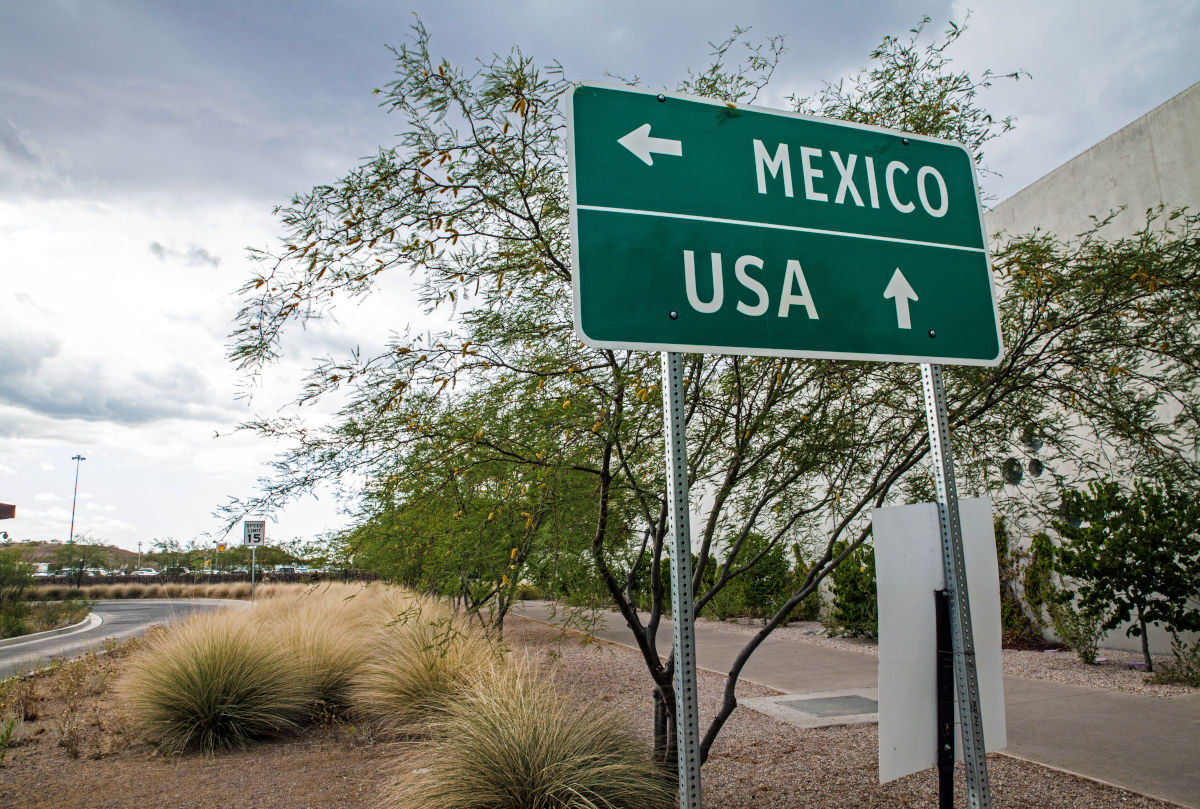 If you've ever rented a car in Europe, you know how easy it is to travel across country borders in the Schengen Zone. Driving a rental car from the U.S. to Canada is also fairly easy. But taking a rental car across the U.S. border into Mexico is much more challenging and requires buying additional car insurance that is compliant with Mexican car insurance laws.

One-Way Car Rental from the United States to Mexico

Forget about it. One-way rentals to Mexico are not possible. No rental car company will allow you to pick up a car in the U.S. and return it in Mexico.

The most common request we receive for such one-way rentals from California is to the General Abelardo L. Rodríguez International Airport in Tijuana (TIJ). This airport runs along the United States / Mexico border. A far better option is to drive to the Cross Border Xpress on the U.S. side of the border and simply walk across the border on the Cross Border Xpress skywalk, which opened in 2015.

A number of rental car companies—including Avis, Budget, Hertz, Fox and Ace—offer return locations near the U.S. terminal of the CBX.

At least two major rental companies—Avis and Alamon—always prohibit bringing a rental car from the U.S. into Mexico.

Other companies may allow it, but at a significant extra cost. Dollar and Thrifty have a few selected locations that can handle reservations from the United States to Mexico with a return scheduled back in the United States.

There are three important notes:

This 250-mile limitation is significant, since Mexico is a huge country.

Other rental car companies have policies that are more scattershot and never make it easy for renters. For example, Hertz leaves the discretion entirely to the individual rental location, with rules that must be searched on a location-by-location basis per their support division. Hertz at high-volume and nearby San Diego Airport (SAN) prohibits crossing into Mexico.

Budget follows Hertz's lead. A small subset of locations in three states (Arizona, California, and Texas) are equipped to handle border crossings at all, and there's always a requirement to buy Mexican Insurance at the counter. U.S. citizens and legal permanent residents with valid visa status can rent cars at the limited Budget locations where border crossings are allowed. Mexican border crossing officials will arrest non-compliant individuals and the car will be impounded. To add insult to injury, Budget would then bill the incarcerated driver for the cost of the car. In other words, don't even think about it.

Payless requires written permission slips for any border crossing, and that is only if it's authorized by the individual site. If the rental is allowed, unspecified "additional rental qualifications may apply," which most likely include Mexican insurance plus other non-refundable fees.

Enterprise and National allow individuals in specific employer groups to cross the U.S. Mexico border but, again, that's only if they can find a participating location.

It's a major challenge to find a car rental that includes permission to drive across the border from the U.S. to Mexico.

The few rental companies that allow it impose the following guidelines: