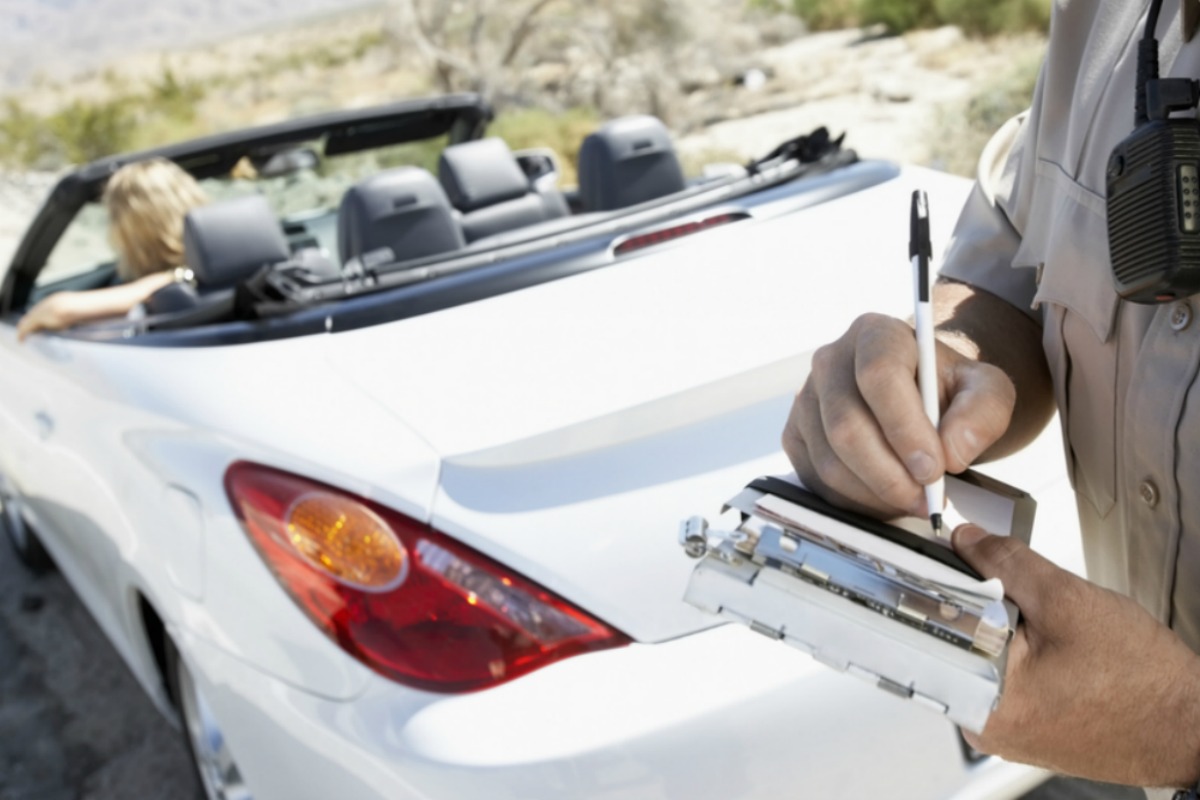 In any situation, getting pulled over for speeding is stressful. But it gets even more nerve-wracking when it happens to you while you're driving in a rental car. Here's what happens if you get a speeding ticket in Illinois, and what you should do right afterward.

How Much Are Speeding Fines in Illinois?

In Illinois, the' basic rules for speed limits depends on where you're driving: You can drive 20 mph in a school zone, 30 on urban distract roadways, 65 on state highways and 70 in interstate highways. The penalties, meanwhile, are based on how far beyond the speed limit you were driving. Expect to be fined $120 for going up to 20 miles per hour over the limit and $140 for 21-25 mph over the limit. And if you were going 26-34 mph over the limit, you could be liable for up to six months in jail and up to $1,500 in fines—or one year in jail and up to $2,500 in fines for 35 mph or more over the limit.

While those rules apply to the whole state, a few areas carry their own risks for tickets: The four worst towns in Illinois for speed traps, according to the National Speed Trap Exchange, are Springfield, Rockfield, Peoria, and Chicago.

How to Pay a Speeding Ticket in Illinois

When you are issued a ticket in Illinois, you get three options for dealing with it: Pay it and accept points on your license; accept it along with "court supervision;" or contest it and go to court. As an out-of-towner, your best bet will likely be the "court supervision" option, where you can usually take a defensive driving class online and avoid points added to your license.